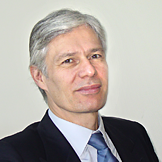 Jean Bacou is the Coordinator of PaSQ JA. From 2007 to 2010, he was also the Coordinator of the European Union Network for Patient Safety (EUNetPaS), involving representatives of the 27 EU Member States, EU stakeholders and international organisations.

Maggie Galbraith is currently involved in the PaSQ and the ALzheimer COoperative Valuation in Europe (ALCOVE) JAs. Both initiatives are co-financed by the European Commission and coordinated by HAS. From 2007 to 2010, she was the Project Manager of the European Union Network for Patient Safety (EUNetPaS).

Maggie Galbraith worked in the field of technology development as a Consultant for various Fortune 500 companies. She was an IT developer for a large U.S. metropolitan hospital, developing data-driven patient management and evidence-based self-diagnosis solutions. Maggie also undertook a project for the ILO in Russia, focusing on labor policy issues.

Maggie Galbraith has a Master’s degree in Public Affairs as well as an Undergraduate degree in Russian Language and Political Science.